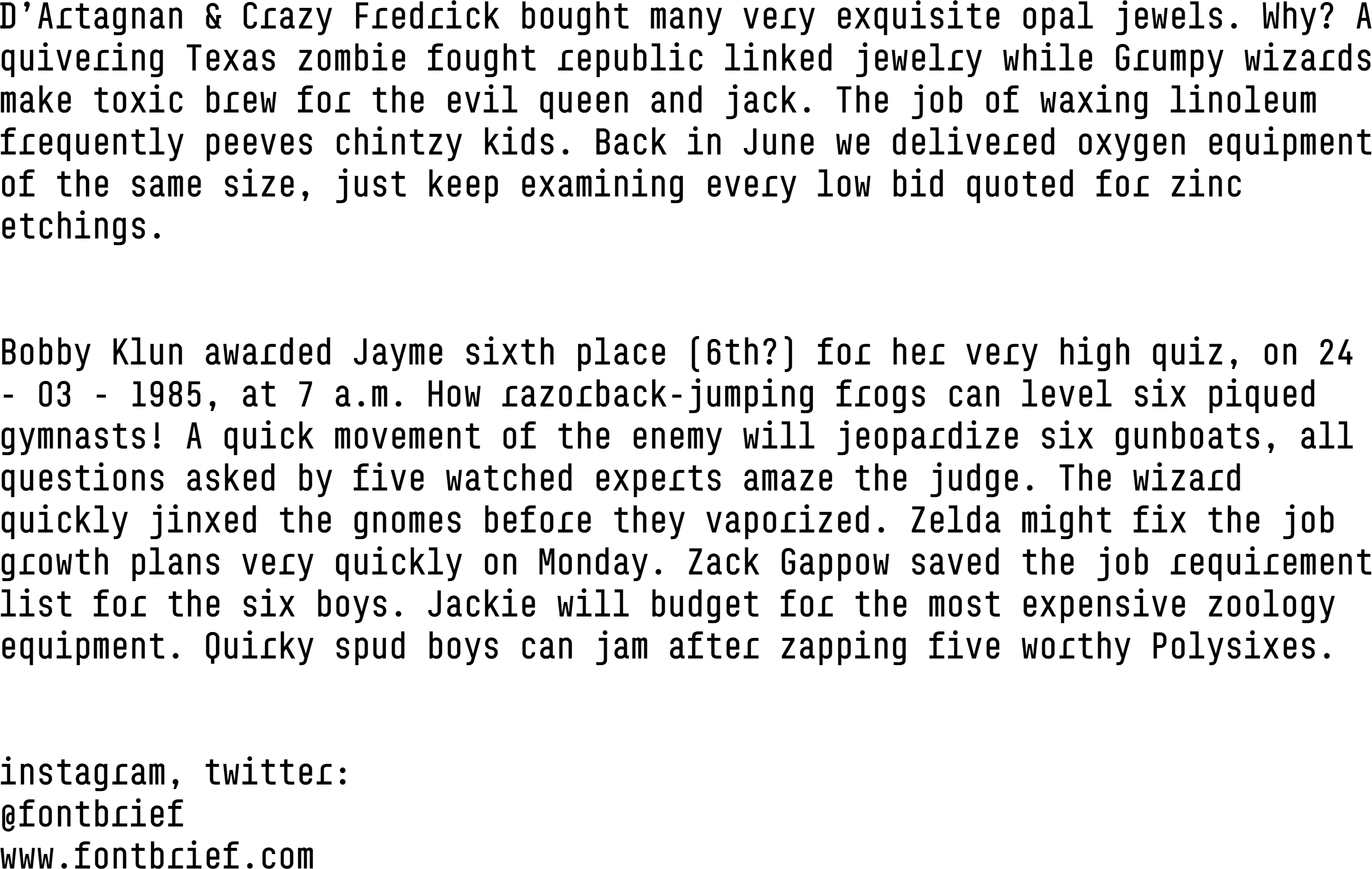 The Sklonar typeface was originally designed exclusively for Zdeněk Sklenář’s “S” Gallery corporate identity, conceived by Studio Najbrt in 2011. Two years later however, the gallery, including several works of art, was destroyed in a gas explosion. During the time of its use, the typeface appeared in promotional materials, in exhibitions, and also in artistic publications. But first and foremost, it excellently complemented the clean gallery space created by architect Josef Pleskot.

The playfulness of the typeface is underlined by seemingly filled-in distinctive shapes of punctuation and diacritics. Their use gives the typography a pronounced artistic accent.

Sklonar is a refined typeface, which at first glance seems strictly geometrical; a closer look however reveals surprising lively details. Its method of application can be similarly antipodal – the typeface can be used unobtrusively, or be made to catch immediate attention.