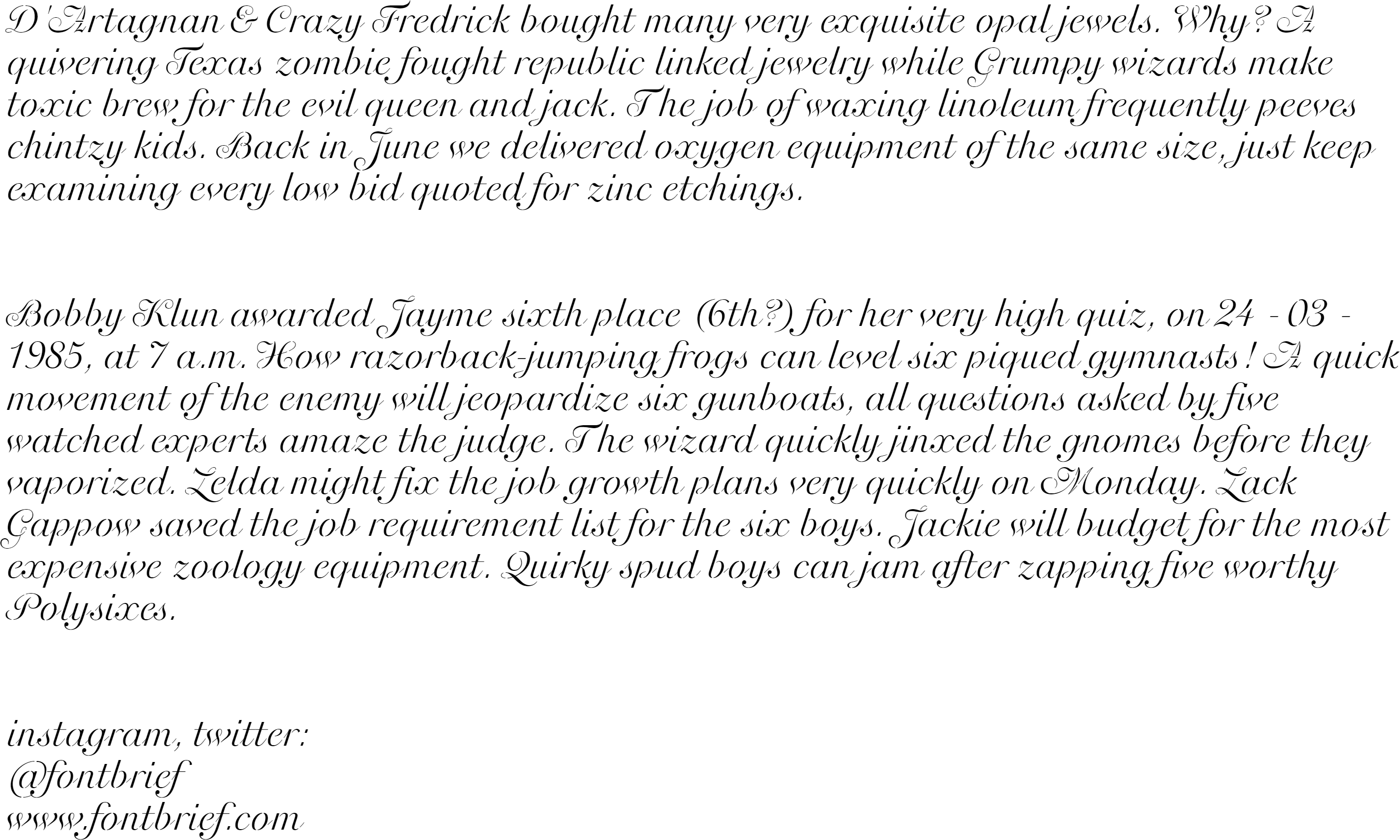 TYPE BY Bery Script, designed by Fred Smeijers, is based on the stencil letters of Jean Gabriel Bery. Bery Script is part of the Stencil Fonts Series and was released in 2012.

Jean Gabriel Bery was a Paris stencil maker whose atelier was located on the Pont Notre-Dame. His work is mainly known from the stencil set he supplied to Benjamin Franklin in 1781, now at the American Philosophical Society in Philadelphia. Bery’s confident sense of design and the excellent production of his stencils rank him among the best stencil makers of any period.