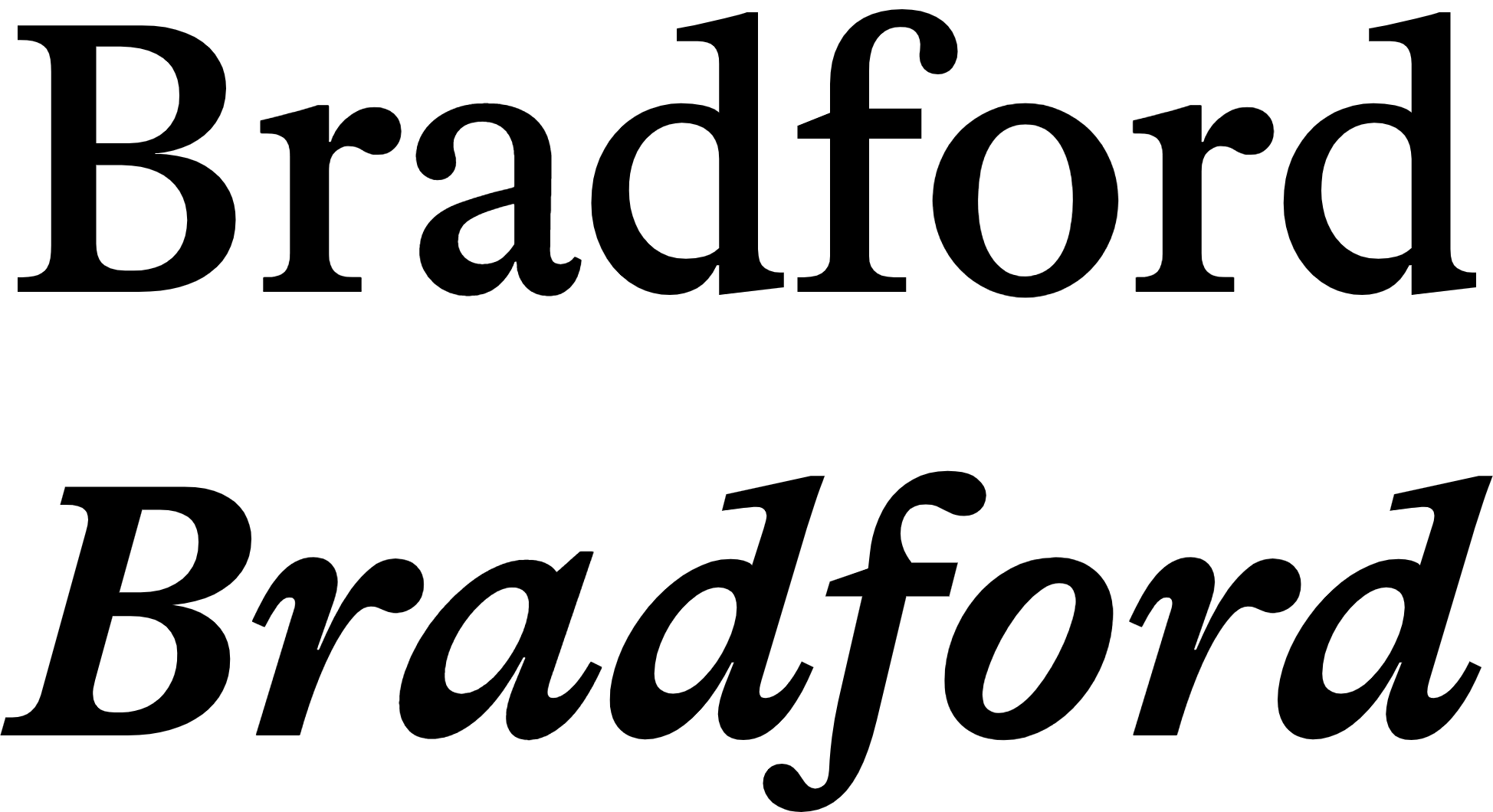 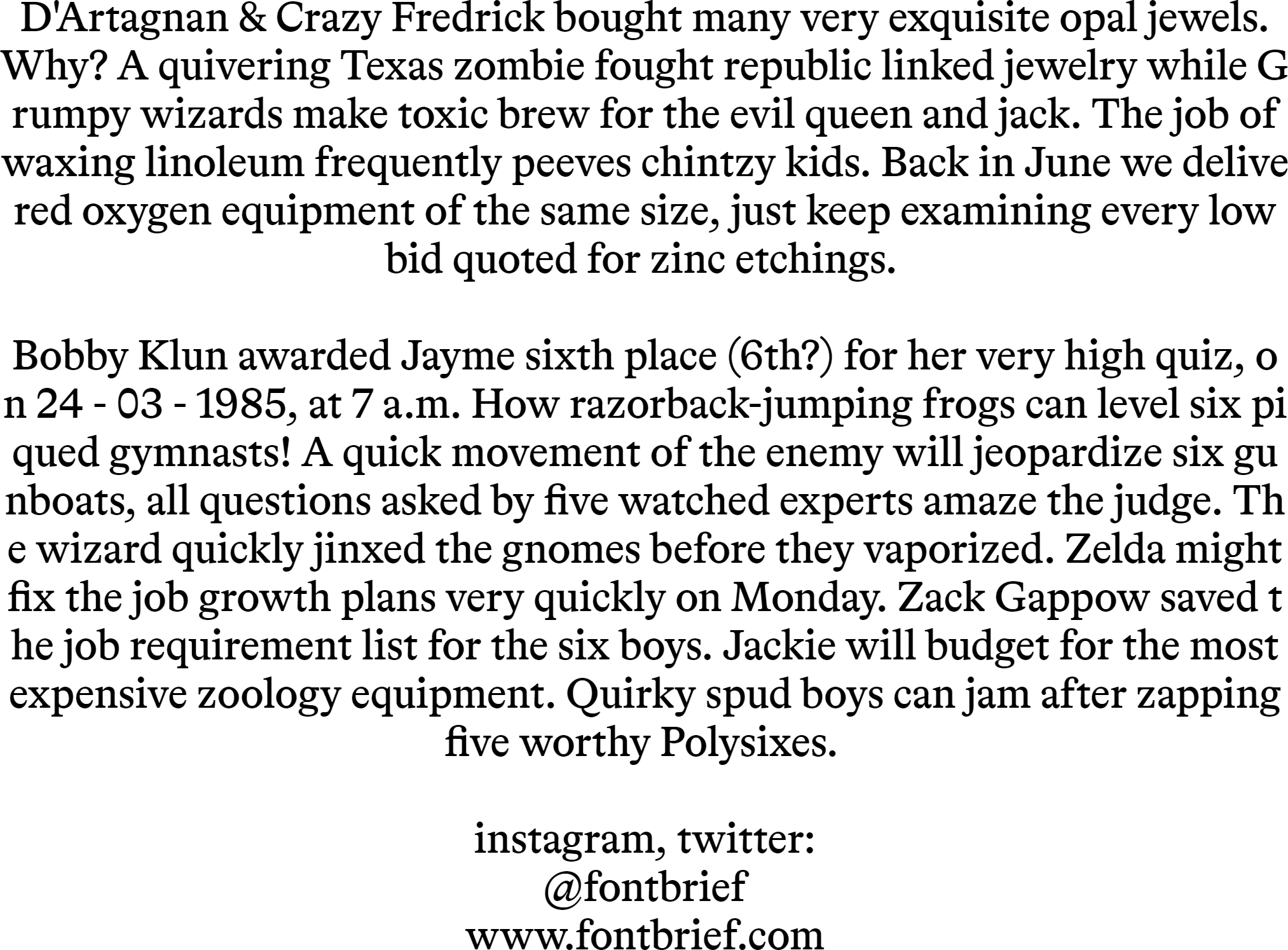 LL Bradford is an all-purpose serif font family conceived as a versatile tool for high-volume text setting. It was developed and elaborated on over the course of ten years.

The primary historical reference point was provided by Römische Antiqua (1884). This widely popular design of German origin rapidly birthed numerous imitations from foundries across Europe and the US. It also served as a key inspiration for Pierpont’s hugely successful Plantin (1913) and Stanley Morrison’s timeless Times New Roman (1931).

One of Laurenz Brunner’s primary goals for this digital version was to preserve the physical presence and distinctive character of hot metal type. By continuously adapting and refining the design, he gradually extended the family to a broad range of cuts – from a delicate light weight to a strong, powerful black one, all with italics.

With 14 cuts in total (as well as a monospace companion), LL Bradford offers rich rendering for a wide variety of applications, whether on the page or the screen. Its robust construction and elegant italic curves lend it a functional – yet playful – feel, making it a comfortable choice in both serious and informal contexts.

After an apprenticeship in Switzerland and an internship in London, Laurenz Brunner (*1980) worked for Tate Modern under the art director James Goggin (2002/03). While studying at Central Saint Martins, he drew LL Akkurat, which was published in 2004. In the same year, Laurenz started to collaborate with Cornel Windlin on TATE ETC. magazine, and he moved to Amsterdam to finish his BA studies at Gerrit Rietveld Academie (2005).

Since 2006, Laurenz has been teaching at Rietveld. In 2007, he debuted LL Bradford (released in 2018) when re-designing Dutch art serial Casco Issues with Julia Born. Early versions of LL Circular (published in 2013) were tested in 2008. Based in Amsterdam, and later in Berlin, Laurenz created identities for Paris book fair Offprint (2010), the Arnhem Mode Biennale (2011, with Julia Born), and for Gavin Brown Enterprise, New York (2011, with Geoff Han).

From 2015 to 2017, Laurenz worked for documenta gGmbH as well as for documenta 14 (with Julia Born). A year later, he moved his studio to Zurich, where he launched Source Type, an office for typographic research. Since 2019, he has been responsible for the identity of Schauspielhaus Zurich.

Designed by Laurenz Brunner, released by Lineto in 2018. Design and Production assistance by Wei Huang and Selina Bernet. Font engineering and mastering by Alphabet, Berlin.