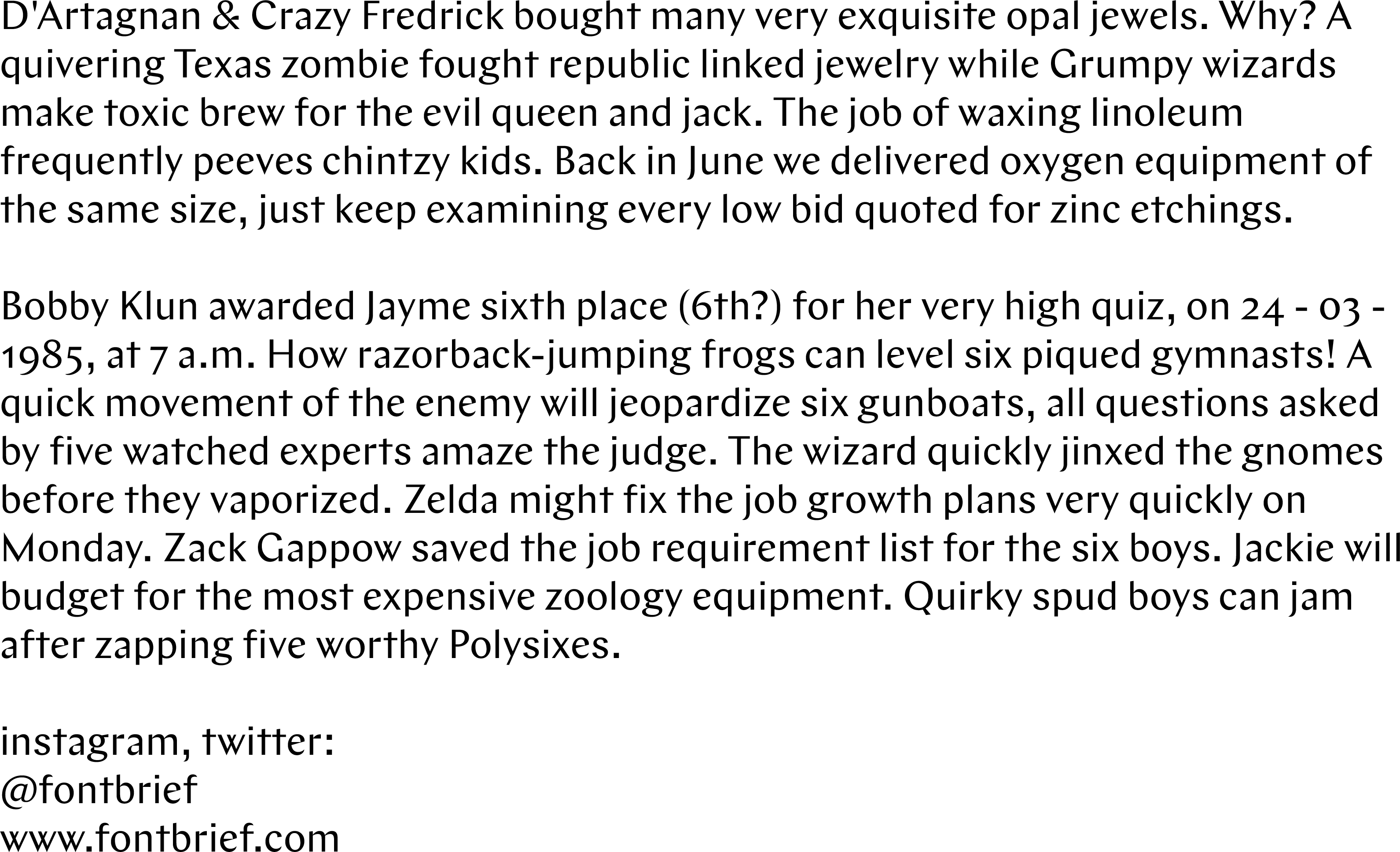 The history of the 20th-century Grotesk is a story of gradually diminishing stroke contrast. Sans serifs with visible contrast (also known as modulated, thick-thin, or stressed) were quite popular in the 1920s–50s when they were commonly used in advertising, architectural lettering, and logotypes. This typographic style fell out of fashion when late Modernism took over, and it effectively went into hiding for the next fifty years, reappearing only in the service of novelty or nostalgia.

Initially designed for the Finnish Culture Institute in New York, Chap pays tribute to the contrasted sans tradition, but avoids direct references to any particular design. In fact, even its construction skirts convention. Its thicks and thins generally reference the broad nib pen, but not always in expected ways. There are unusual twists of stroke, and even moments where calligraphy yields to geometry. Chap is an attempt to show that a sans with contrast can be modern and current. It is type that feels at home in a variety of contemporary environments, and yet, it is not just a fashionable face. In lieu of chasing trends associated with display typography, Chap seeks a more timeless, functional aesthetic by drawing letters that can work together in readable passages of text in all sizes and lengths. This multipurpose aim is also reflected in the generous weight range (six plus italics), the figures for text, titling, and tables, and the Extended Latin character set.

Chap is a mix of the smooth and the sharp, a sans serif with a new idea of contrast for the new century.