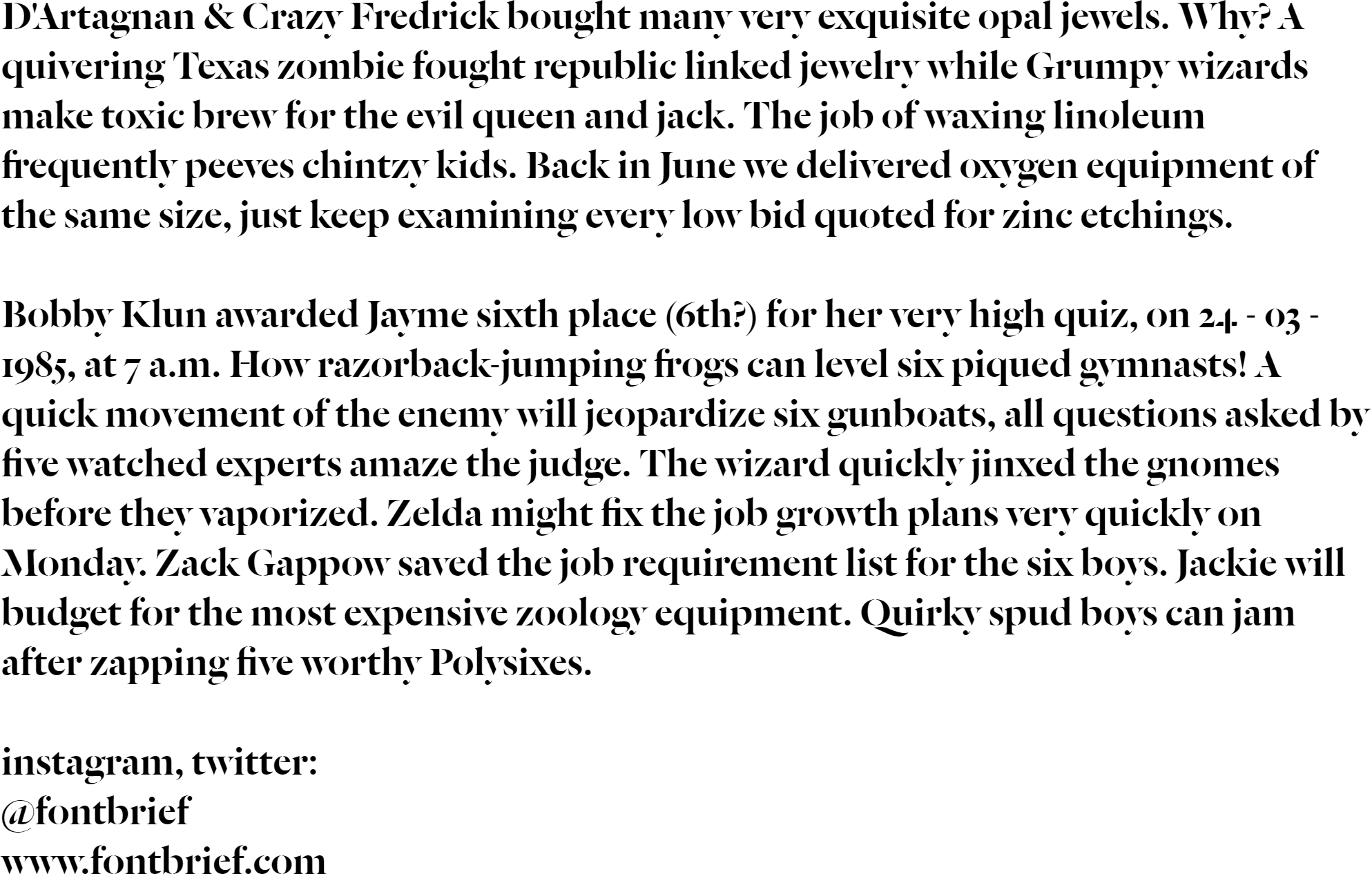 Dala Floda has its roots in the typefaces of the Renaissance but adds the twist of being a stencil letterform. Originally inspired by worn gravestone lettering and lettering on shipping crates, the elegance of the forms belies their everyday origins. First designed in 1997 for a logo, Dala Floda eventually became the headline typeface for the art magazine frieze in 2005. Since then the family has grown considerably, with the addition of an italic and a range of heavier weights, all the way up to a Fat. Its stencil form makes it very distinctive for headline use and especially well suited for logotypes.