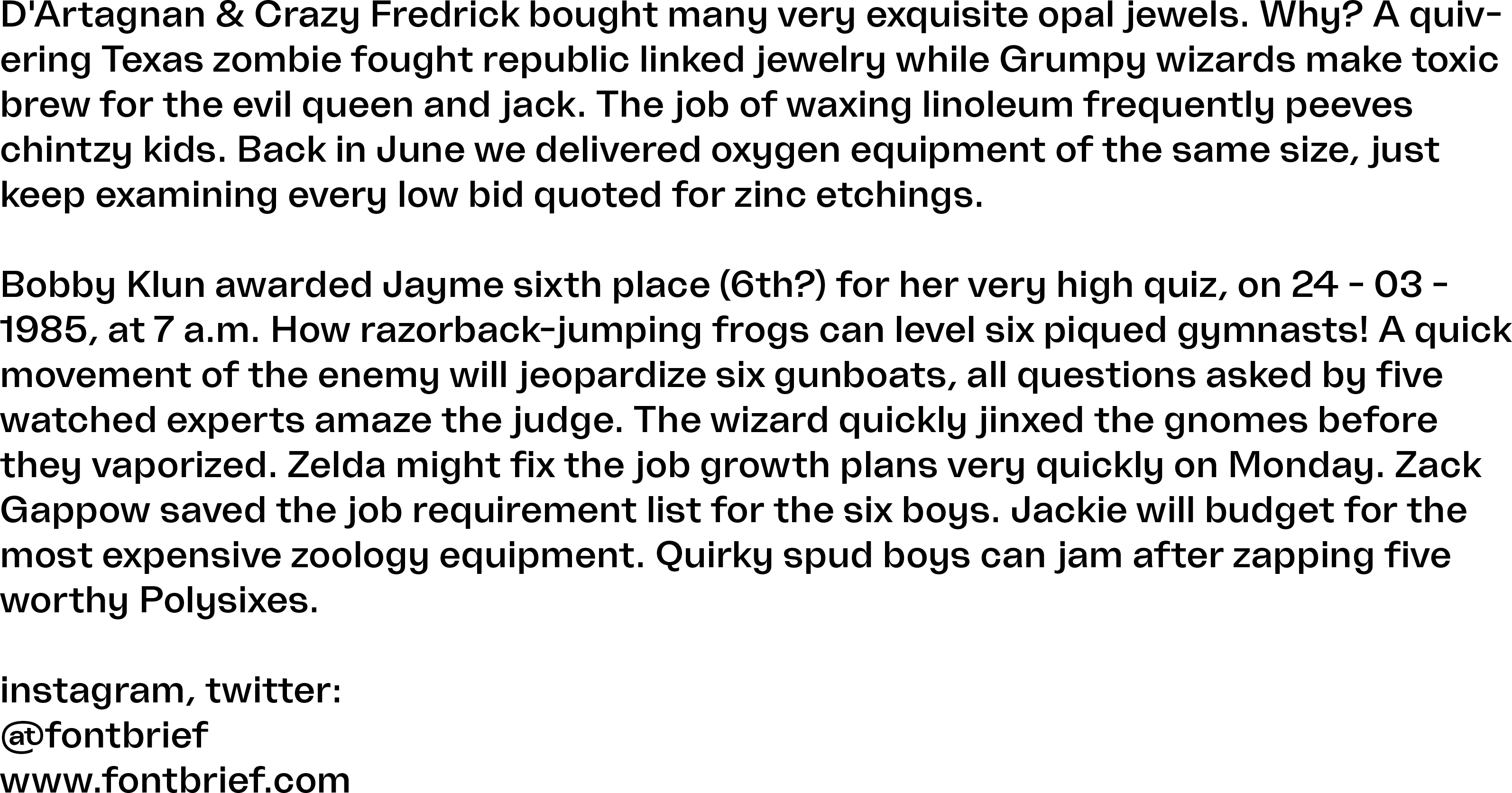 Freizeit is a neo grotesque drawing inspiration from the mid-century triumvirate of Univers, Neue Haas Grotesk and Folio – as well as some of the sans that preceeded them.

Strictly horizontal or vertical terminals, modern proportions and closed aperatures place it firmly within the genre, while a moderate amount of contrast with a slight angle of stress in places, aggressive stroke narrowing at joins, and some playful forms all emphasize a move away from the neutrality of the Swiss realist style.

Freizeit is available in three widths, which can bought as separate subfamilies or together in the Freizeit Superfamily package.