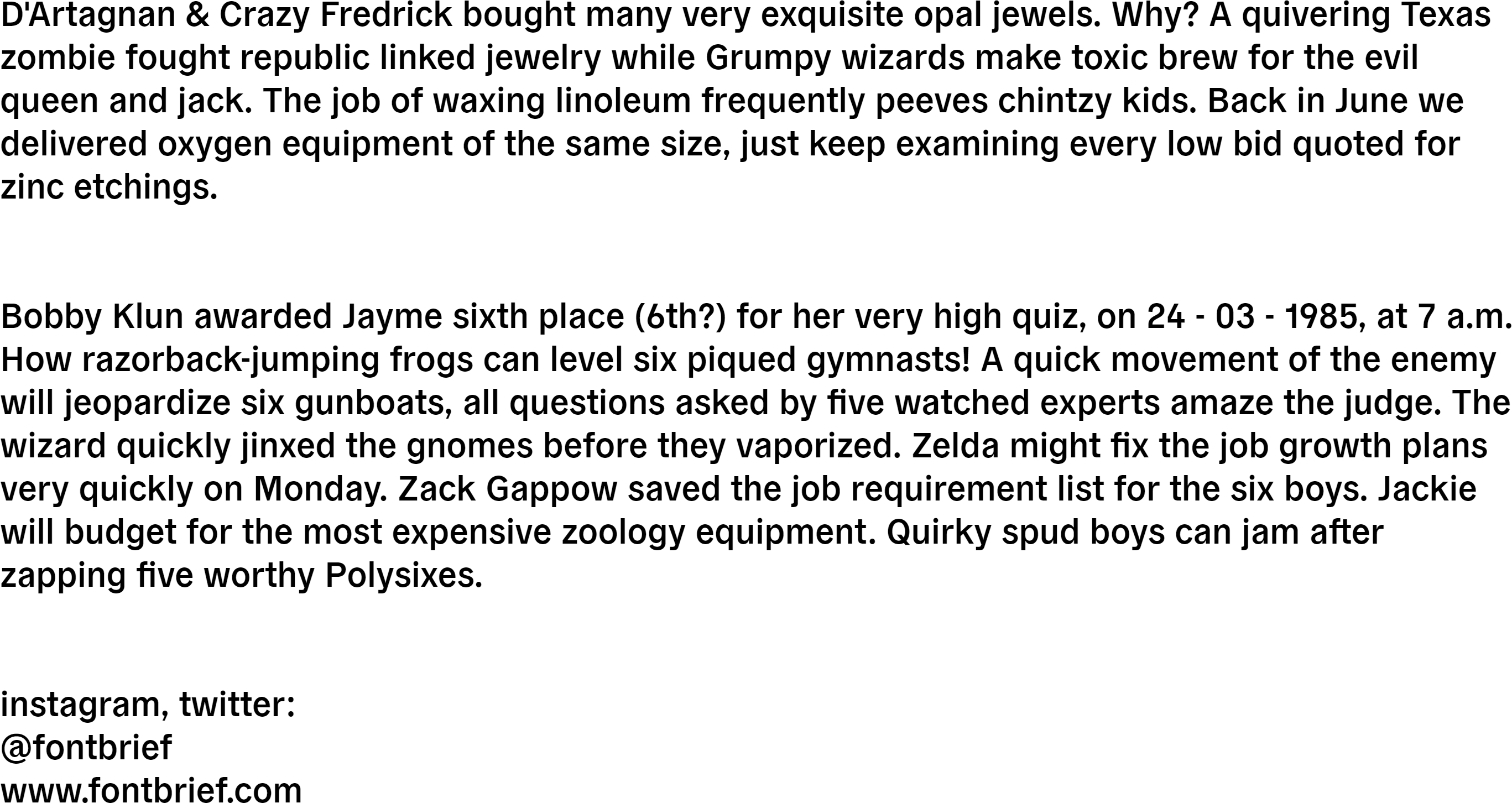 While steering away from the 1950’s canonic and ideologic components, General Grotesque reassesses the neo-grotesque type category. With moderately high waisted crossbars (E,F or G) combined to early 20th constructed shapes (r,t,f,y and figures) and a nod to the backslanted 19th century cartography fonts, the family includes a large range of weights, a reclined and a monospaced version.