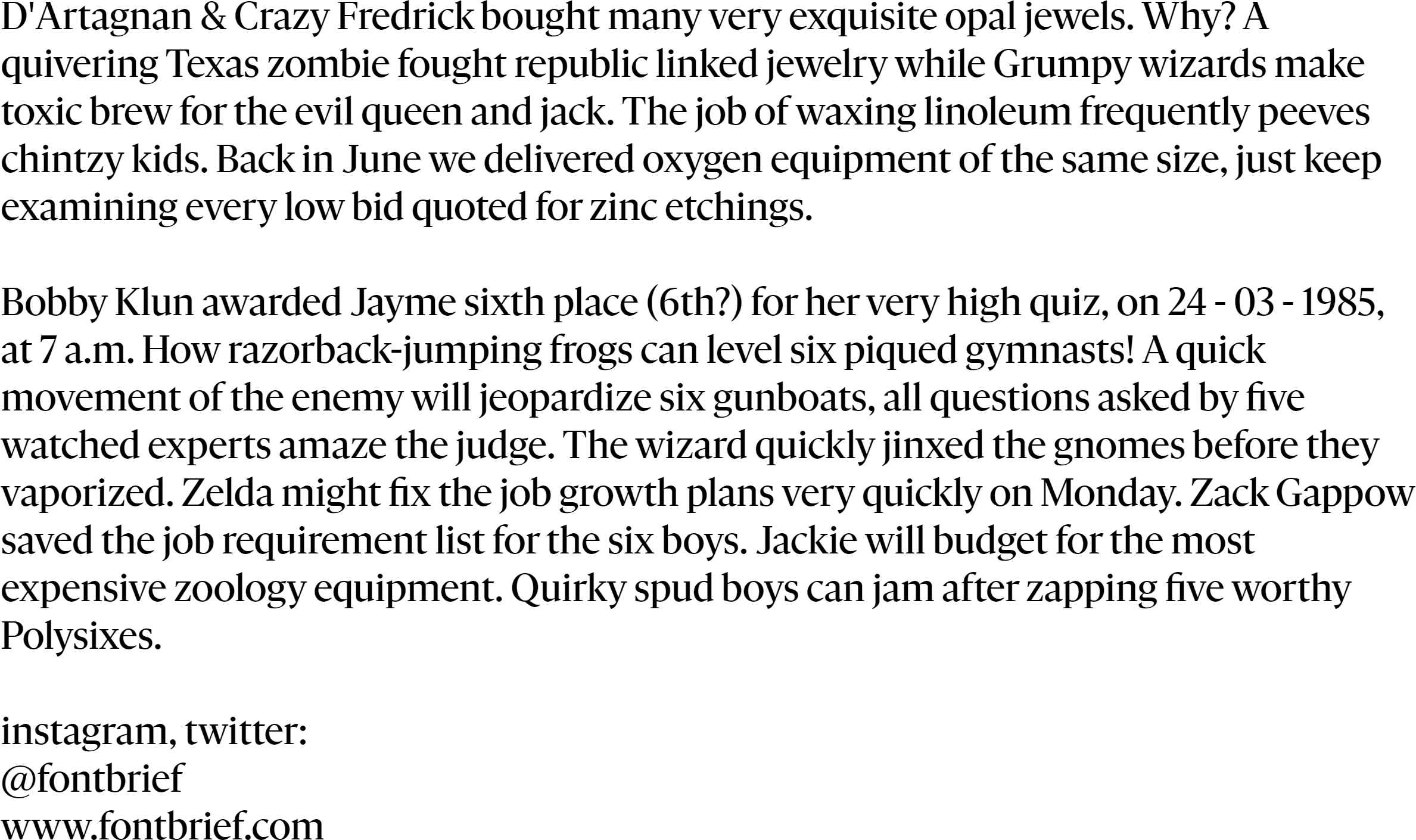 Gothia is a duo of serif and sans serif typefaces originally designed for the Swedish newspaper Göteborgs-Posten as part of their rebrand by design agency Brandwork. Given its roots as a newspaper type system, Gothia is specifically geared towards editorial and publication design and complex design systems. It covers the entire spectrum from body copy for immersive reading to distinguished, arresting headlines.

Gothia’s appearance references Gothenburg’s historical connection with the Netherlands—the city was built by the Dutch in the 17th century. This was the era when a number of classic Dutch types saw the light of day, typefaces that are still role models for many contemporary designs. Gothia builds on this rich tradition, infusing the Dutch style with a modern Scandinavian flair. Studying both historical Dutch typefaces by Hendrik van den Keere and Christoffel van Dijck and contemporary classics by Gerard Unger inspired letterforms that combine a supple, refined elegance with a crisp finish and sharp details. Instead of just being the sans serif counterpart for Gothia Serif, Gothia Sans was given a smoother appearance for additional contrast.

Developing Gothia was similar to working in the newsroom on a tight deadline. The first public versions of Gothia Serif and Gothia Sans were produced in less than three months to be ready for the launch of the redesigned Göteborgs-Posten. The entire family has been further improved and refined for its commercial release, and is now ready to lend your text reliability and serious quality.

While Gothia Sans works in both text and display settings, Gothia Serif is designed primarily for display use. A text version is currently in development. We will release Gothia Serif Text as soon as possible to complete the family. Beta versions are available upon special request.

Interview in Göteborgs-Posten with Göran.