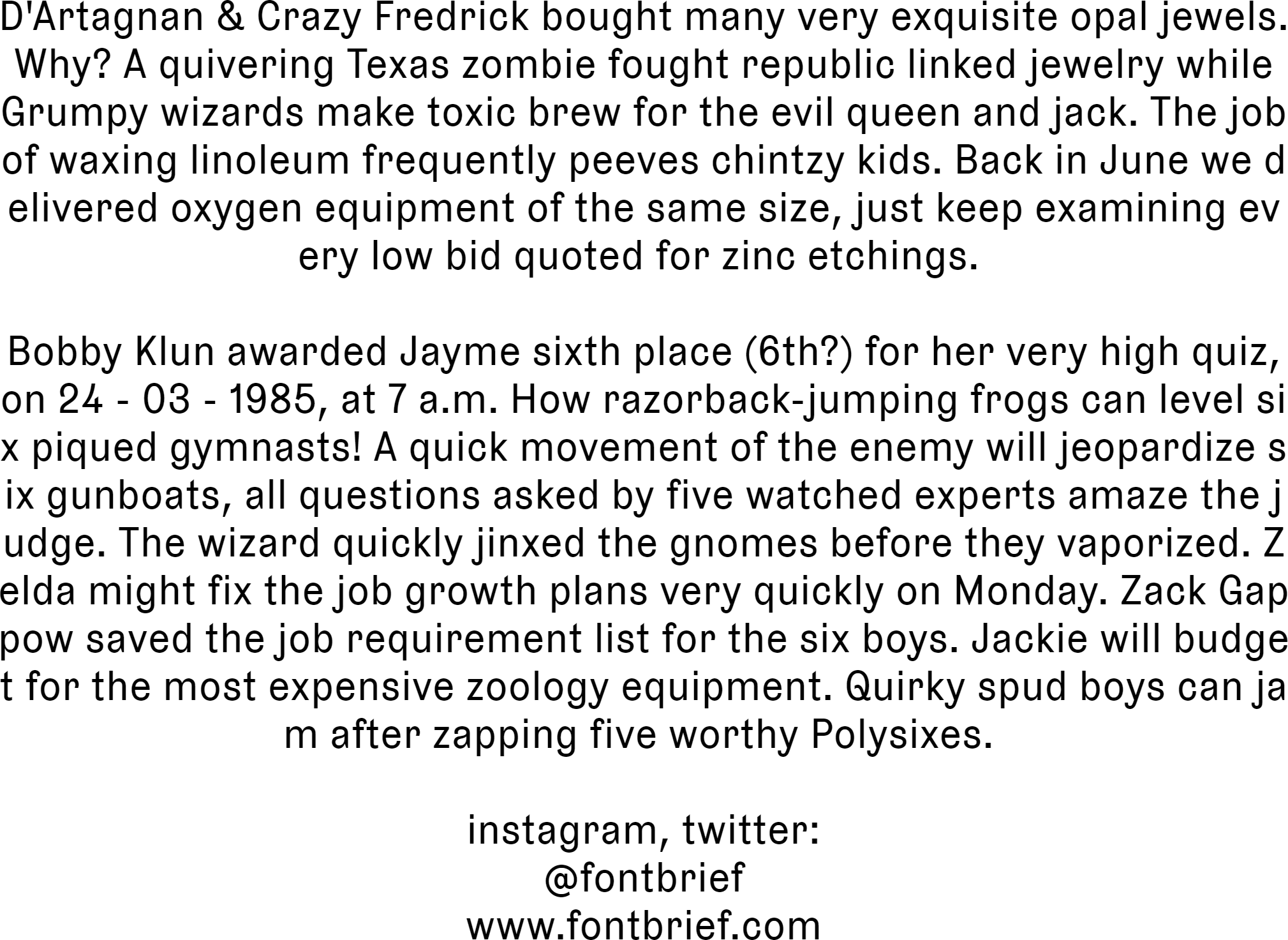 LL Grey is a sans serif born of a French grotesque, with all the rude, cabaret-like stroke endings of the genre. First called AS Gold, the typeface made its debut as part of Aurèle Sack’s diploma project at ECAL in 2004.

Now distilled and extended into a playful yet highly readable text font, LL Grey has a contemporary, screen-friendly appearance. As with his previous efforts LL Purple and LL Brown, Aurèle used a historic predecessor for formal cues, but brought his signature surgical precision to its rendering. The result is a pleasant widening of the idiosyncratic proportions of 19th century grotesques.

LL Grey is currently offered as a family package in five weights and ten cuts: light, regular, book, medium and bold, all including matching italics. Meanwhile, Aurèle is busy pursuing his long-hatched plan to develop LL Grey into a ‘suite de fonts’ for a full range of proportions from narrow to wide. À suivre!