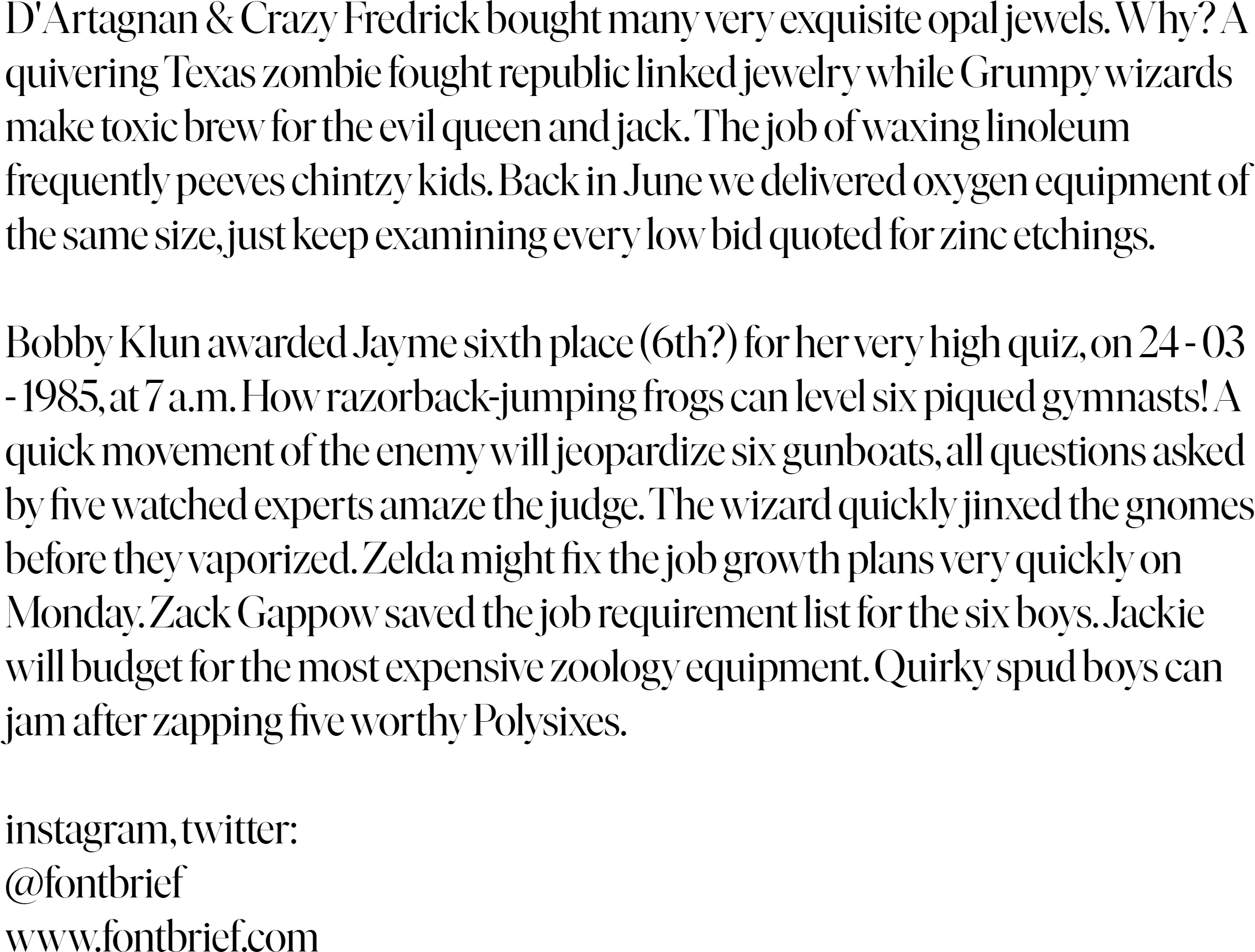 Ivar Fine is the fourth optical size in the Ivar family. Ivar Fine uses even higher contrast than Ivar Display to achieve elegance and sharpness. Comes in 5 weights with Italics.

Ivar began with the idea of creating a serif companion for Siri. During its development, it became apparent that typographic siblings don’t necessarily need to have a uniform design. After three years of drawing and perfecting the letterforms, the only shared characteristics that remain are the shapes of the terminals.

Rather than being a revival, Ivar is strongly influenced by the grace and sturdy construction of Times. The typeface stands on the shoulders of giants: the design refers to the dependable text faces from the mid-1900s, which in turn were rooted in classic designs from the 16th and 17th century.