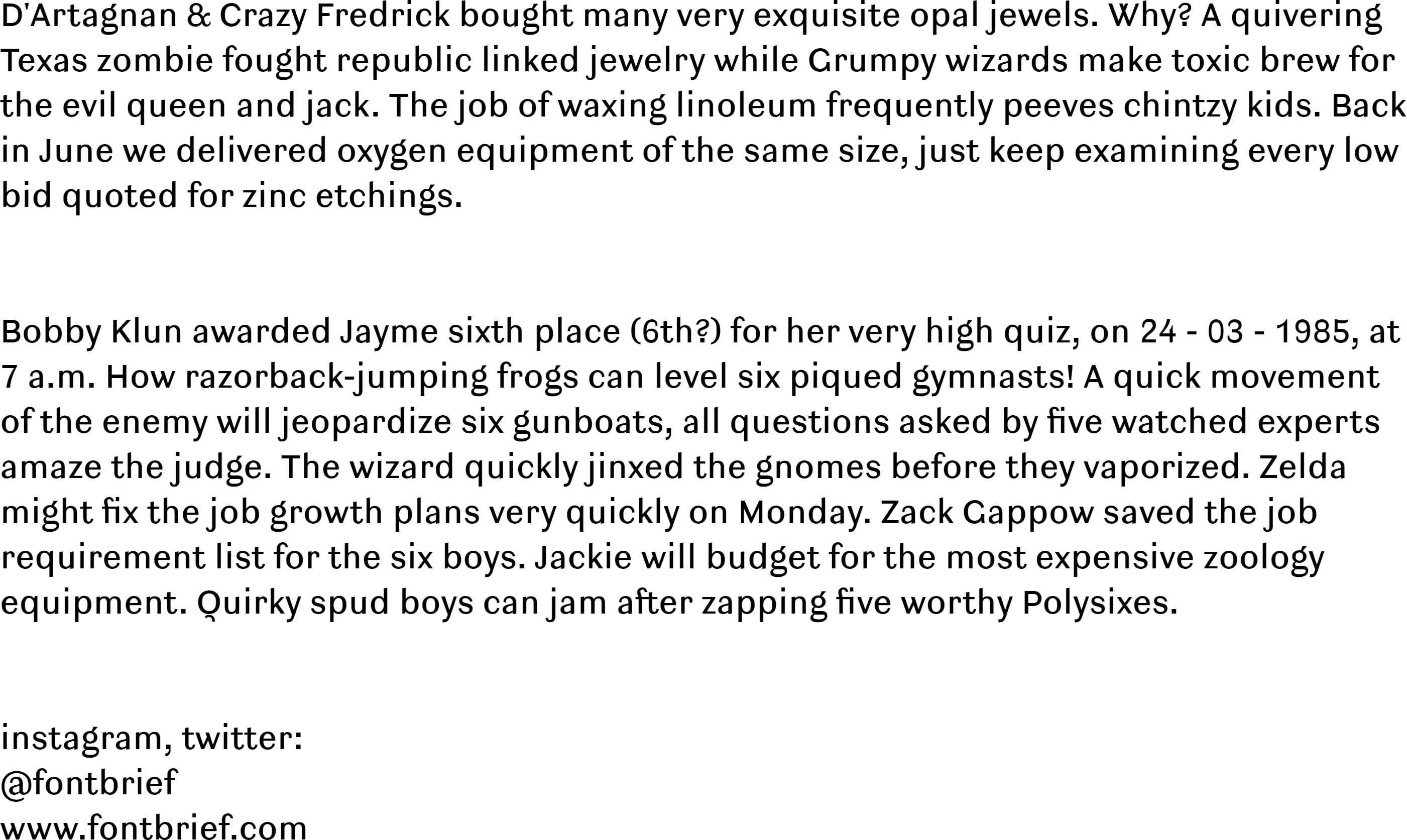 Ludwig is based on these first German sanserifs. But it is not a mere revival. It embodies Smeijers personal vision of how a early 19th-century sanserif design might look and perform today. While Ludwig’s upper- and lowercase roman shapes are rooted in the mid-19th century, its italic is more contemporary in approach - not a ‘sloped’ version of the roman but a ‘true’ italic, narrower and ‘humanistic’.

Ludwig consists of eight weights - Thin, Blond, Light, Normal, SemiBold, Bold, Black and ExtraBlack - of roman and italic designs, built around three widths - Normal, SemiCondensed, and Condensed; with a total of forty-eight fonts. The complete Ludwig family additionally includes Ludwig Outline and Ludwig Shaded designs that were designed in 2007-2009 but freshly released in 2019.