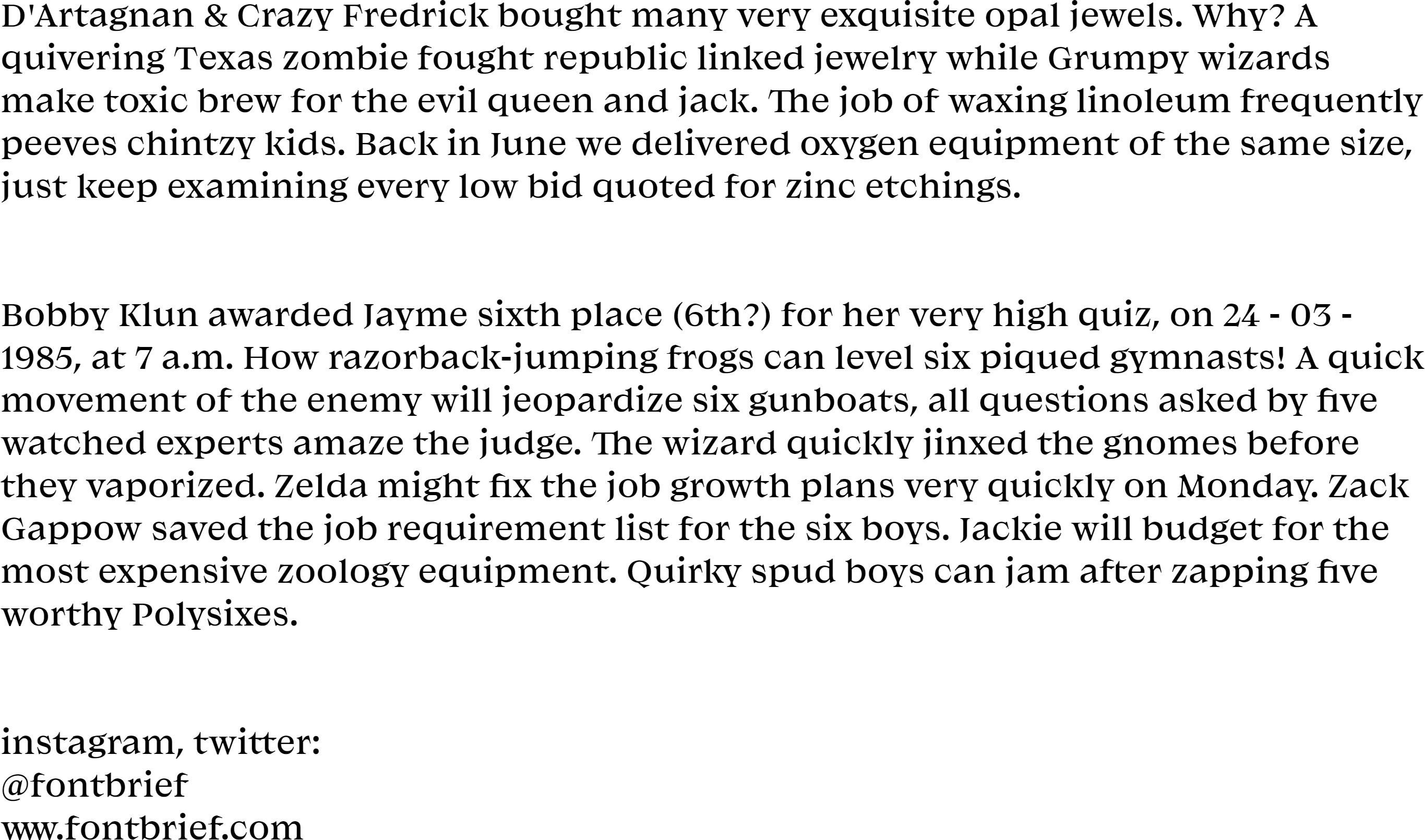 Designed by Bureau Brut in 2016,
with the help of Baptiste Lecanu (intern)
Published in 2019

Matorral originates from the single-weight bespoke typeface we designed for the identity of Musée de la Poterie de La Borne (Ceramics Museum of La Borne). A sturdy creation whose contoured shapes allude to the handiwork of the craftsman, it draws inspiration from typefaces released at the end of the 19th-early 20th century that similarly explore possible connections between tradition and modernity. Matorral borrows some of their details, notably the t from Fritz H. Ehmcke’s Ehmcke Antiqua (Flinsch, 1908) and the R from William F. Capitain’s Caxton Old Style (Marder, Luse & Co., 1889), but also features an M with a distinctive “Marseille vibe“ (it is inspired by the monogram of René Dufaure de Montmirail, founder of the Olympique de Marseille football club, 1899). Italic versions intensify these principles. The typeface has kept its original energy and its stocky and packed look, but it has been optimised for text setting: its proportions are more conventional—even if the x-height is still generous—, contrasts are more nuanced, and new weights are available. Its name derives from some of its sharpest details—the terminal without teardrops, for instance—which give it an overall “dry” feel reminiscent of the warm, arid climate of Mediterranean islands such as Corsica or Sicily.