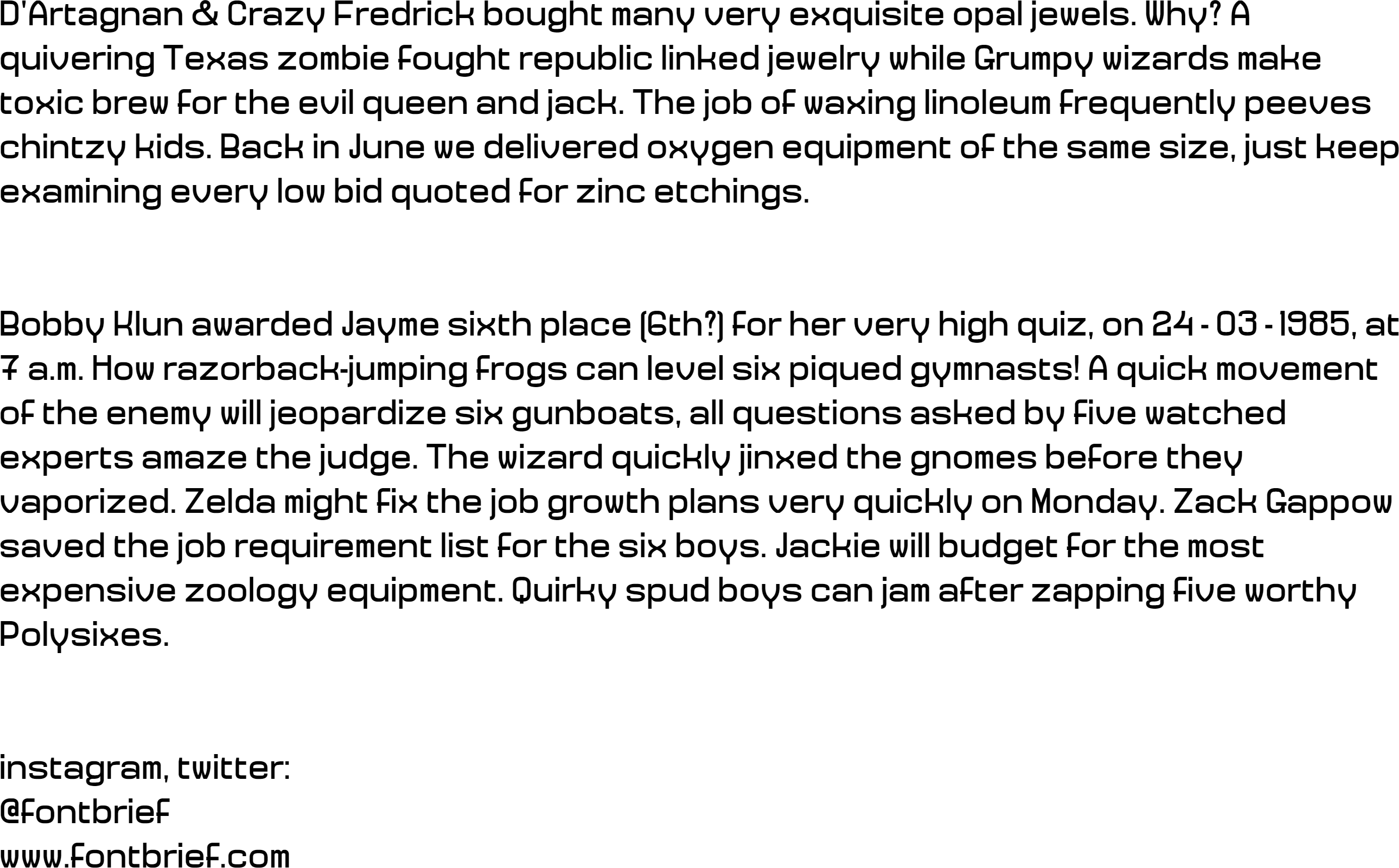 Finally, this type family comes with a wide range of technic and geometric ornaments allowing to create patterns dialoguing with the text. These ornaments are inspired by the early age of the computer era and by the technical graphs used in the printing business. Therefore, they can be really useful to layout technical documents, maps, or to accompany and put the emphasis on the technological look of the font on graphical documents.

From a stylistic point of view, Millimetre is a geometric, constructed sans serif, with quite wide proportions even if the width of several glyphs could contradict this statement. With its rectangular look and closed terminals, Millimetre reminds us of 60’s sans such as Aldo Novarese's Eurostile. Far from running away from this graphic universe, Millimetre embraces the retro-futuristic, architectural, technological and science-fictional connotations that come with it. Due to the grid on the top of which it's constructed, the rhythm of this typeface can remind us of the one created by a monospace. Even though it shares a certain regularity in the widths of its glyphs, Millimetre isn't a monospace, it creates is own grey. Began as a truly monolinear sans, the drawing of this typeface is finally more subtle, with thinner stroke joins and tiny variations of weight to balance the shapes. This becomes even clearer in the bolder weights where some thins appear in several glyphs to avoid making them too dark regarding the rest of the font.