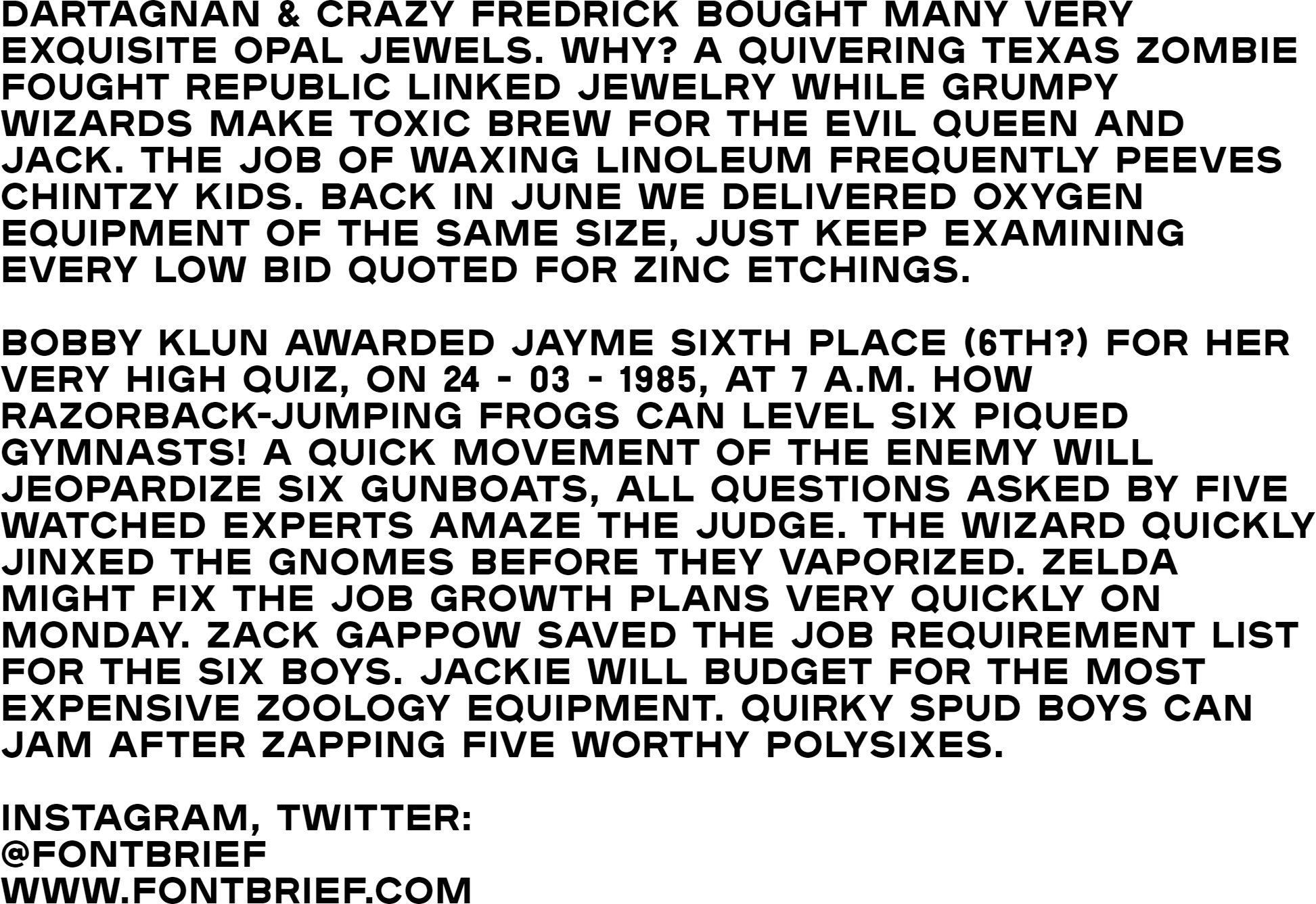 This typeface takes its inspiration from the characters that one can find on the nameplates of French streets. For a long time, Damien Gauthier has been interested in these letters that everyone sees on a daily basis without really knowing them. No one seems to pay them any attention and yet they reveal themselves to be particularly interesting due to their great diversity. Though we can imagine that it is always a question of the same typeface, a closer study shows that a number of alphabets co-exist. One common point: elementary, robust forms, that seem more to have been traced than drawn by a few industrial draughtsmen, eager to be able to compose names of streets, avenues and boulevards in the restricted space of a standardised enamelled plate (well almost, this is France after all!)

It is definitely not a question of smoothing out and unifying all of the drawings finishing with a slick and homogenous typeface! On the contrary, Damien Gautier wants these typefaces to conserve the disparity of the typographic forms that have been noted.

In an apparent logic of organisation and of design that somewhat amusedly reminds us of the method used by Adrian Frutiger for the Univers typeface, the different series of the Plaak conserve the independent designs in a certain number of details (accents, the specific forms of a few letters: G, K, M, Q, R, etc.)

This typeface is composed of 24 styles that display the typographic wealth of this source of inspiration.

Each serie (from 1 to 6) contains a number of weights and a set of capital and small capitals (because the lowercase letters were almost completely missing from French street signs). By activating the “Ligatures” function, a particular series of ligatures refer to the origin of this typeface…

Thanks to its many variants and its design that is rid of any outdated pastiche, this typeface reveals itself to have a large range of possible uses: press, publishing, signage, visual identity.

An enhanced version of lowercase letters is currently being studied. Its launch is planned for 2018.

With the efficient and precious help of Roxane Gataud.