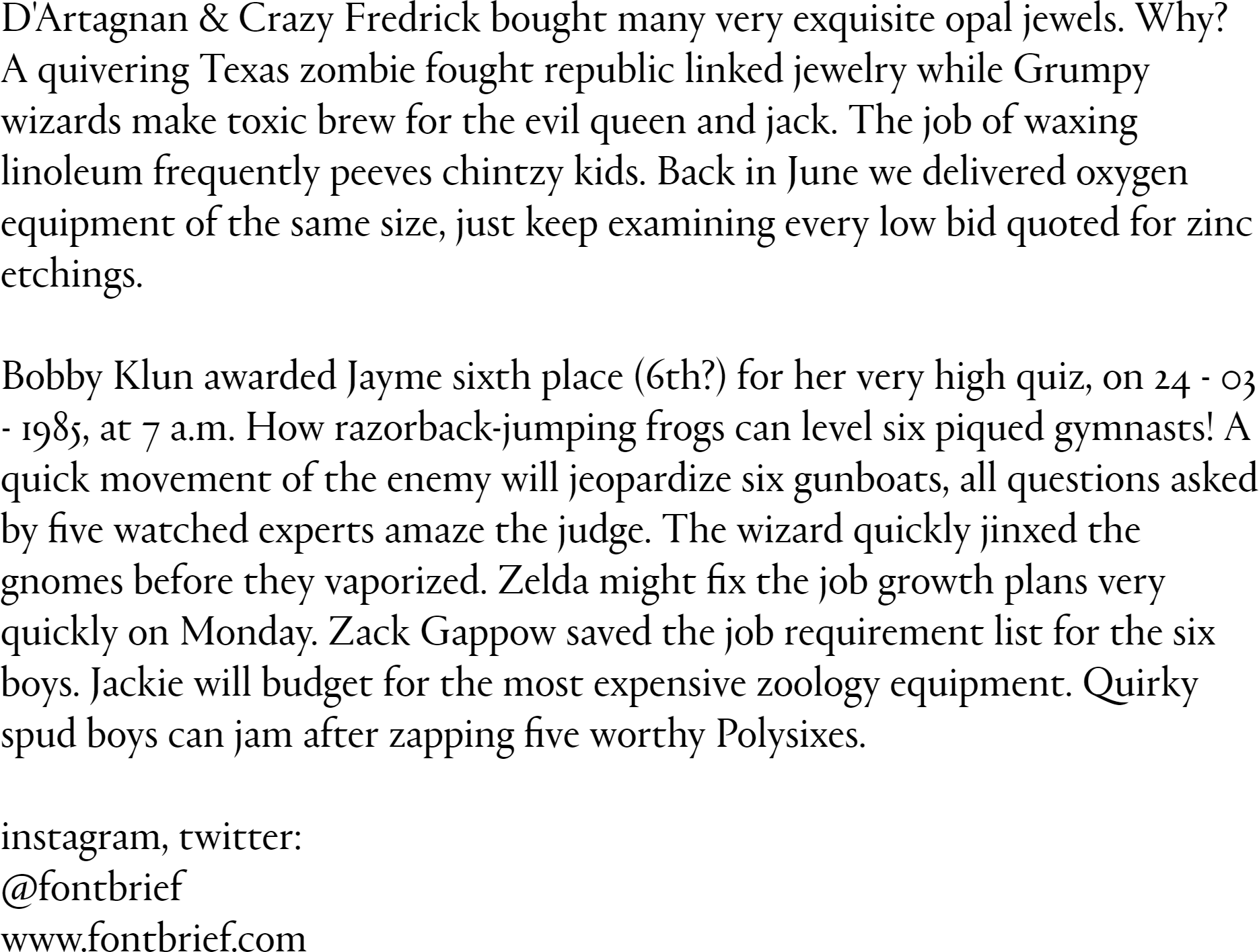 Portrait started out as an experiment in drawing a display typeface that was both beautiful and brutal, classical and modern in its minimalism. While its lighter weights are quietly elegant, the heavier weights show the influence of chiseled woodcut forms. Portrait draws its primary inspiration from the Two-line Double Pica Roman attributed to the French punchcutter Maitre Constantin, cut around 1530 for the printer Robert Estienne in Paris. This was the earliest Roman typeface with a lower case to be cut in such a large size, and its light, delicate forms were a major influence on the large types cut by many punchcutters of the era including Augereau and his apprentice Garamont. Portrait replaces the delicately modelled serif treatments of Constantin’s original with simple, triangular Latin serifs, reimagining the Renaissance forms in a contemporary light.