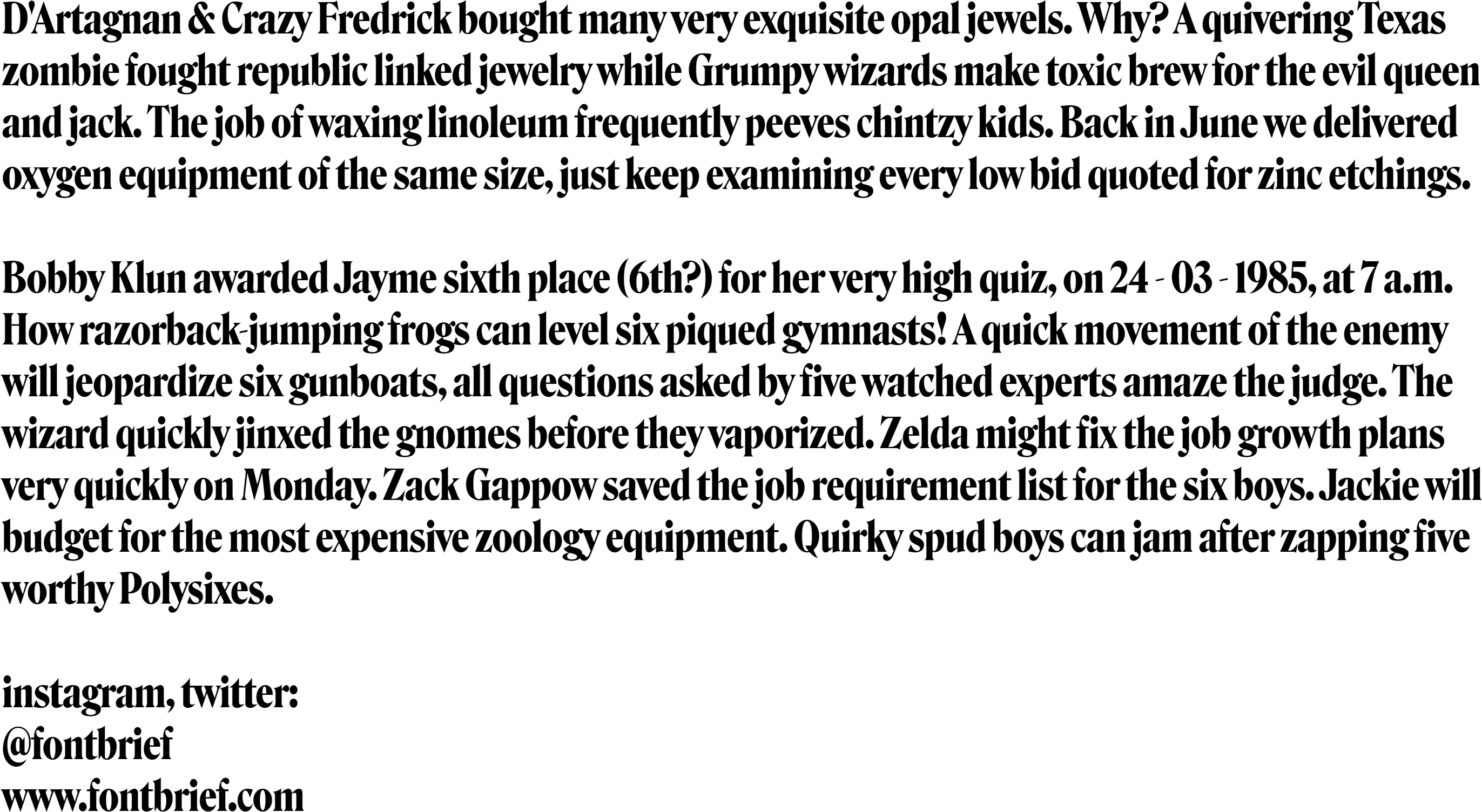 Roslindale is a serif typeface that follows in the footsteps of De Vinne, originally published in the 1890s by the Central Type Foundry and named for the famed nineteenth century printer. It’s an oldstyle that can’t shake its Victorian sensibilities, with sharp, stubby serifs, bulbous terminals, and the occasional hint of diagonal stress.

In text, you’ll find Roslindale to be stylish and sturdy; in display, it begins to flirt with the slickness of 1970s De Vinne interpretations like ITC Bernase. The result can be a bit cheesy at times, but it’s more of a creamy brie than a stinky bleu.