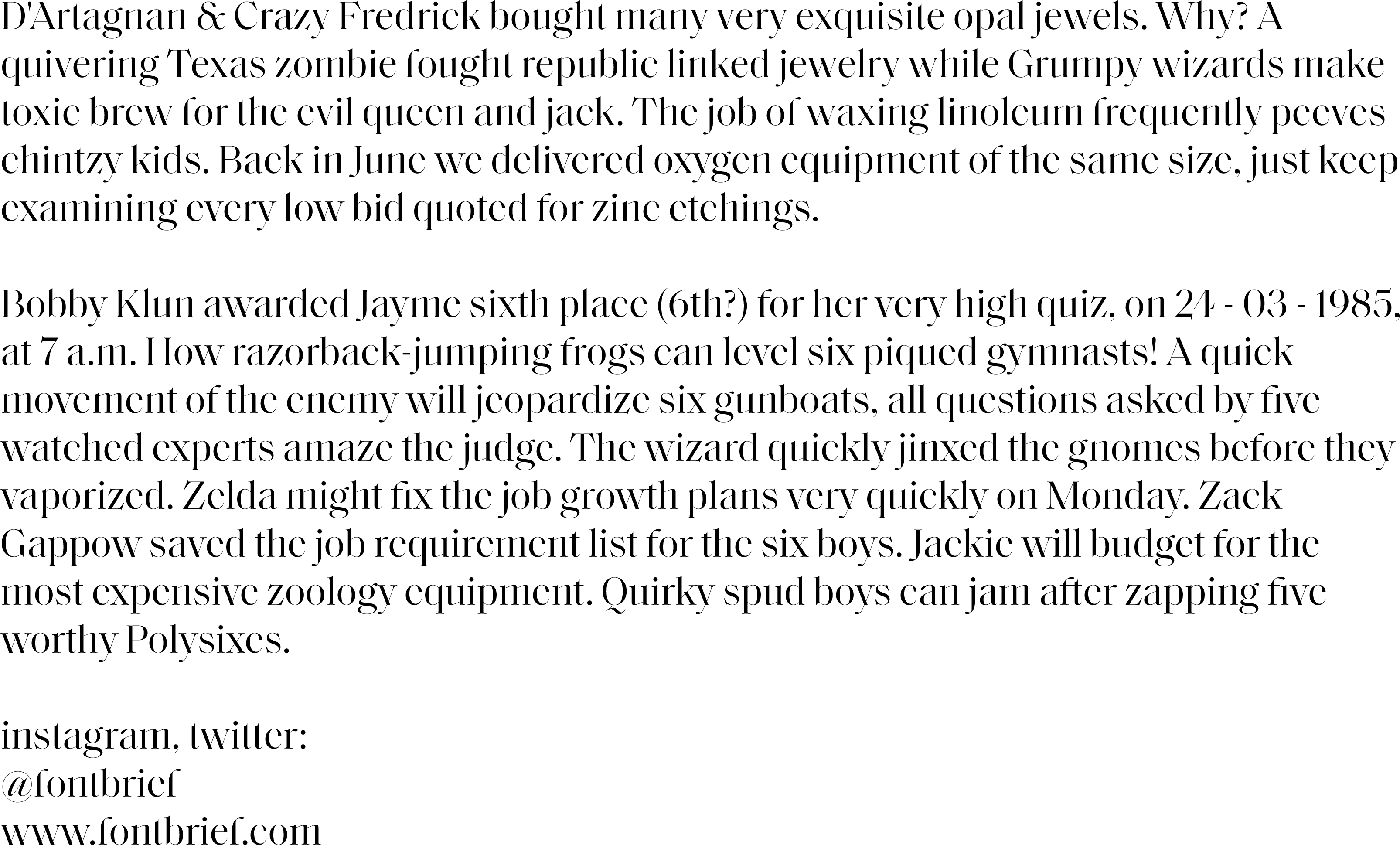 At various moments in the twentieth and twenty-first centuries, typographers have cast an eye back to Victorian styles – not so much in a rejection of Modernism as a whole, but perhaps in response to the sterile and banal way it is often applied. Many serif faces of the late 1800s exhibit characteristics that run counter to the regularity and soberness of modern type, yet depart unabashedly from traditional calligraphic ideals. Ronaldson (MacKellar, Smiths & Jordan, 1884), Caxton Old Style (Marder, Luse & Co, 1889), and West Old Style (Barnhart Brothers & Spindler, 1892) exemplify a string of American releases from that period, each with an “old style” structure but exaggerated elements, such as long, sharp terminal serifs, thin hairlines, and truncated descenders.

Saol is an interpretation of this genre, drawn with present-day needs in mind. While the proportions and finish are reconsidered for contemporary use, the eccentric spirit of its sources remains. Diagonal strokes cross conventional boundaries (A, M, W, k, y), shoulders are unusually taut (h, n, u), and razor-edge details abound (E, G, R, T, t). Saol’s italic is particularly flamboyant, looping and undulating at a fairly deep slant. The italics are noticeably narrower than the romans, but comparable in color, allowing for harmonious mixing within a line.