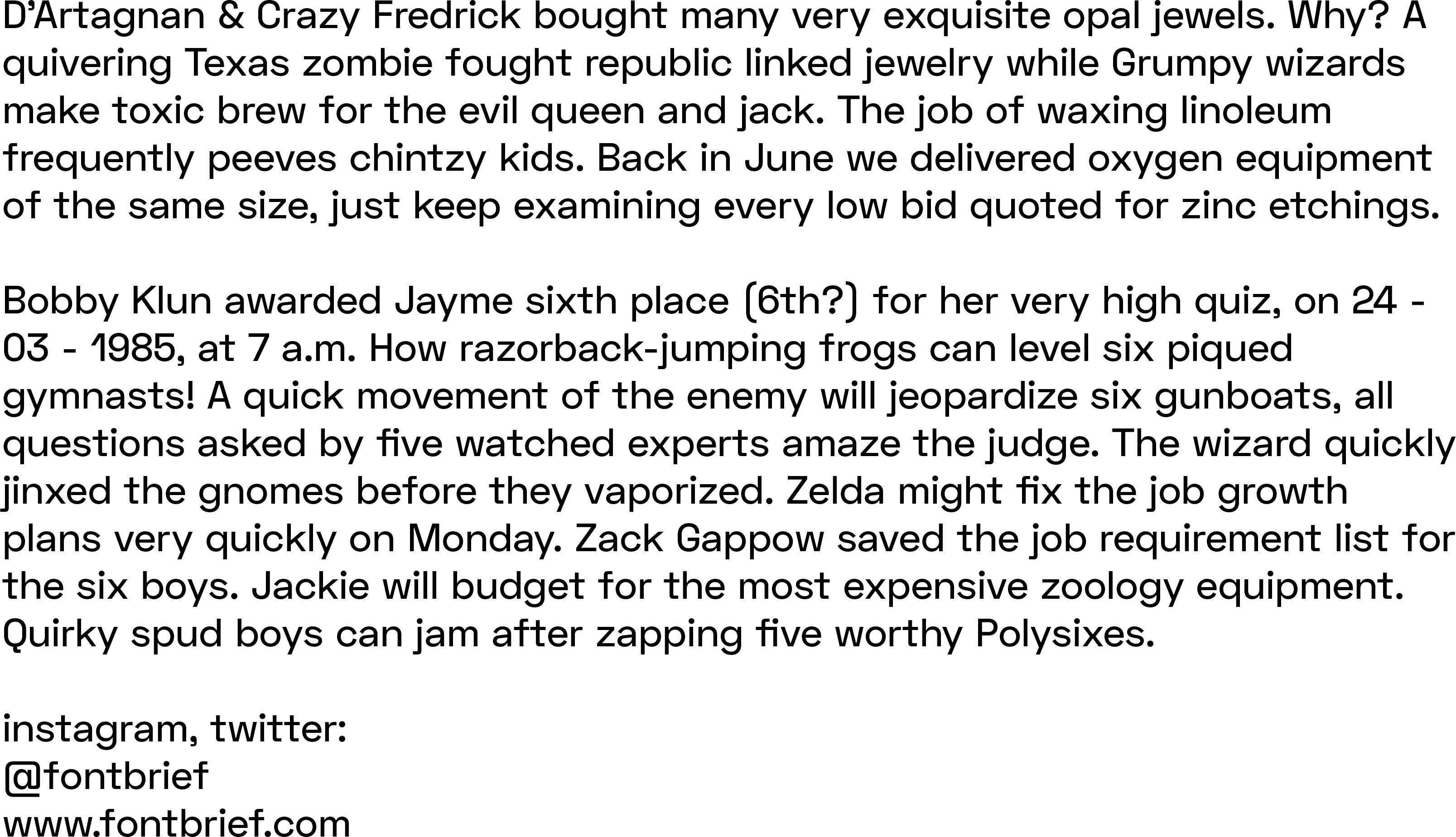 In 2017, we were commissioned by our friends Jakub Konvica and Lukáš Dobeš to modify Colophon's open-source typeface Space Mono. The result was Space TIC, a three-weight proportional version of the original Space Mono, which proved to be a solid display typeface. Space TIC was later complemented with a single weight text version (Space TIC Text), which created a baseline for Space Grotesk.