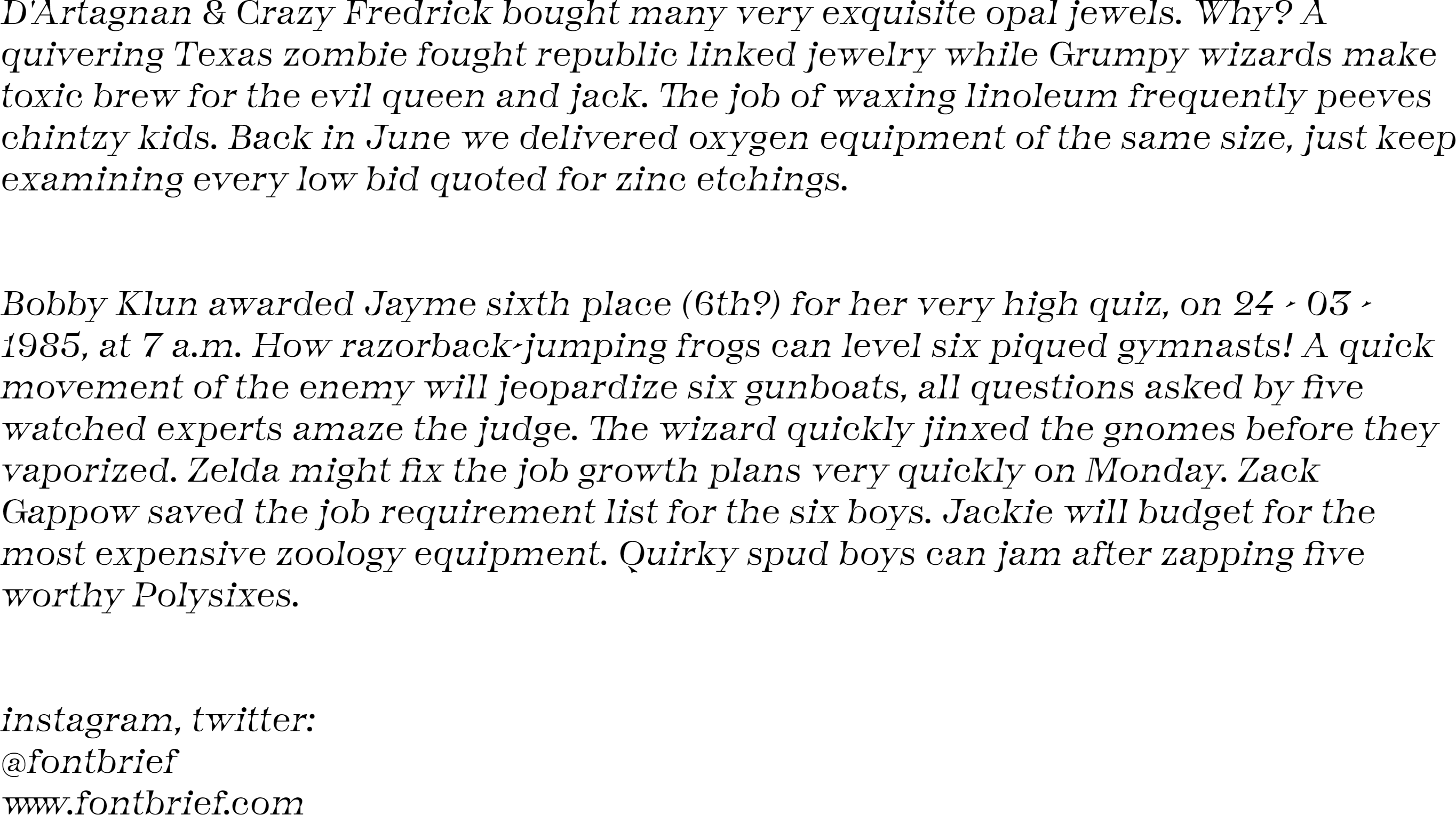 Inspired by the structure to the Didot models, the Totentanz type family steers away from the sources by offering a sturdy roman and an italic which is constructed rather than calligraphic. Its inspiration comes from lapidary inscriptions encountered in Parisian graveyards and catacombs. The Slanted and Backslanted versions are an experiment on how to construct an italic by sliding, shifting and crossing the stems, thus eventually creating a whole new typographical matter. In text setting, it creates a distinctive, sparkling effect appears which provides an excellent contrast with the roman. On the other had, using Totentanz at display sizes also offers original, powerful graphic shapes.