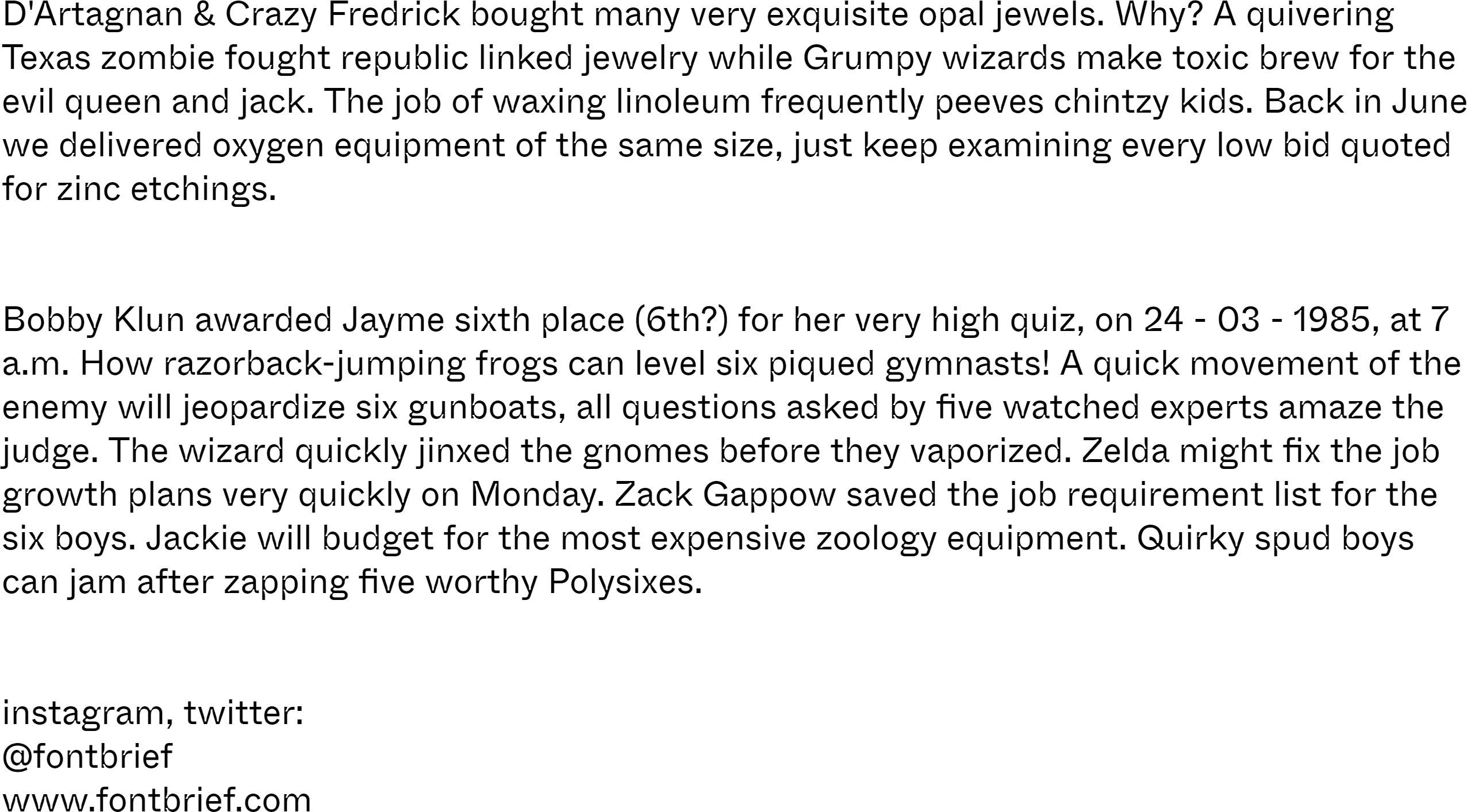 The first version of Whyte was drawn years ago by Fabian after the find of a type sample from the early days of Grotesks. In the years that followed, Whyte made a few public appearances in small-scale cultural publications and aged so gracefully that we felt it was time to give the existing shapes another push.

Dinamo lead designer Erkin Karamemet – with Fabian and Johannes in minor, supporting or distracting roles – set out to refine and extend the initial version of Whyte and explore possibilities within its DNA. 14 months of focussed work and 27.040 characters later two related-yet-visually-different font families materialised: Whyte and Whyte Inktrap.

At one end of the spectrum we have smooth and sharp transitions – the other end features graphic Inktraps at its joints. While this distinction was necessary during the hot type era to improve printing quality, the resurrected Variable Font technology, inspired us to revive the idea and control of Inktraps. Both families consist of 10 weights with corresponding italics, amounting to 40 individually accessible font styles – each features a large set of international punctuation and currency signs.

The design process and decision making around Whyte was heavily influenced by the use of our own proofing tool, the Dinamo Font Gauntlet. This new “variable way of working” allows us to see old shapes with new eyes, and is an approach which we’re trying to refine and develop through our projects. The Variable Font version of Whyte, once released, will merge both sister-families into a flexible tool and allows you to seamlessly slide from one extreme to the other.

Spacing and Kerning by Igino Marini